I got a letter from Japan Post, after failing to get that package.

I felt convinced it was going to tell me that I needed to go to Kawasaki to get this mysterious package. After asking and acting like a hopeless dope, I finally confirmed that the package was not my government ID card (my MyCard), which would have also required a signature. Turns out I got that weeks ago and filed it away so quickly I didn’t even realize I had gotten it.

Here is the essence of the letter:

“Someone is sending you bacon. You can’t import bacon into Japan. Do you want to return the bacon, or incinerate it?”

Yes, my father had sent me pre-cooked, microwaveable bacon. Japan found out, and Japan sent me all the friendly documents about what is ok and not ok to send to Japan. Shouldn’t they have sent this to my family? Also the meat wasn’t raw, or alive. It’s like sending someone jerky – I wonder if it’s illegal to import jerky into Japan…The brochure doesn’t say. It’s full of friendly looking officers and lists of “cloven hoofed” animals that can’t enter Japan, not to mention fish. Also “foul broods” of honeybees.

But here was the kicker – it was up to me to decide what to do with this illegal bacon.

I do like bacon a lot. I’m not a bacon fanatic, though I do know a few. I felt a certain…internet pressure not to harm the bacon in any way (unless it was to eat it – that’s ok). However, as some of my friends here pointed out, if I sent it back my family would probably have to pay the cost of return.

The choice weighed heavy on me. It looks so final, doesn’t it? Return it, or INCINERATE IT. I pictured this gentle, unassuming package of pre-cooked bacon being thrown into an Orwellian furnace, wondering what it had done to deserve such treatment.

(I keep saying “pre-cooked” because it’s important that you understand that my family does not send me raw meat. I’m not a huge fan of  pre-cooked bacon myself, but in terms of practicality it’s one of the few bacon products that doesn’t require refrigeration, aside from bacon jerky and bacon bits, one of which I do like.)

I gave myself two whole days to decide what to do with the bacon. I asked co-workers their opinions, which varied once they stopped laughing at me. I considered what else was in the package that I would eventually get after I told them what to do with the meat.

Then, with heavy finality, I sent the bacon to the fires. What would you have done? Launch a daring raid on the Kawasaki Customs building in an effort to rescue the bacon? How many lives would you be willing to risk? HOW MANY – for BACON?! 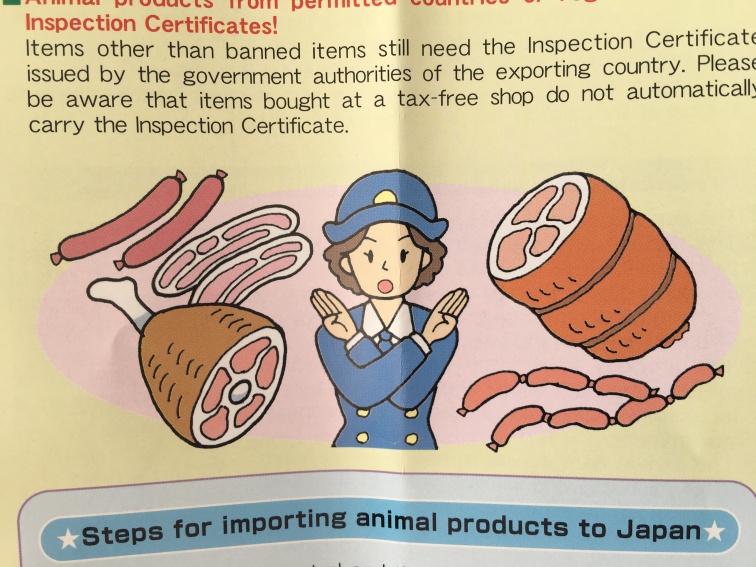